The Uniform Crime Reporting Program (UCR) released its latest compilation of bias-motivated incidents in the nation. The data was submitted by law enforcement agencies.

It is sad that hate is so prevalent in our society. Why is that? Check out our resources on the subject. 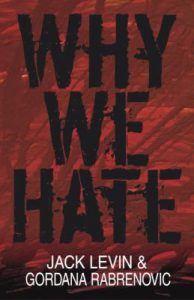 Report to the Nation: Hate Crimes Rise in U.S. Cities and Counties in Time of Division & Foreign Interference
Available through the Homeland Security Database